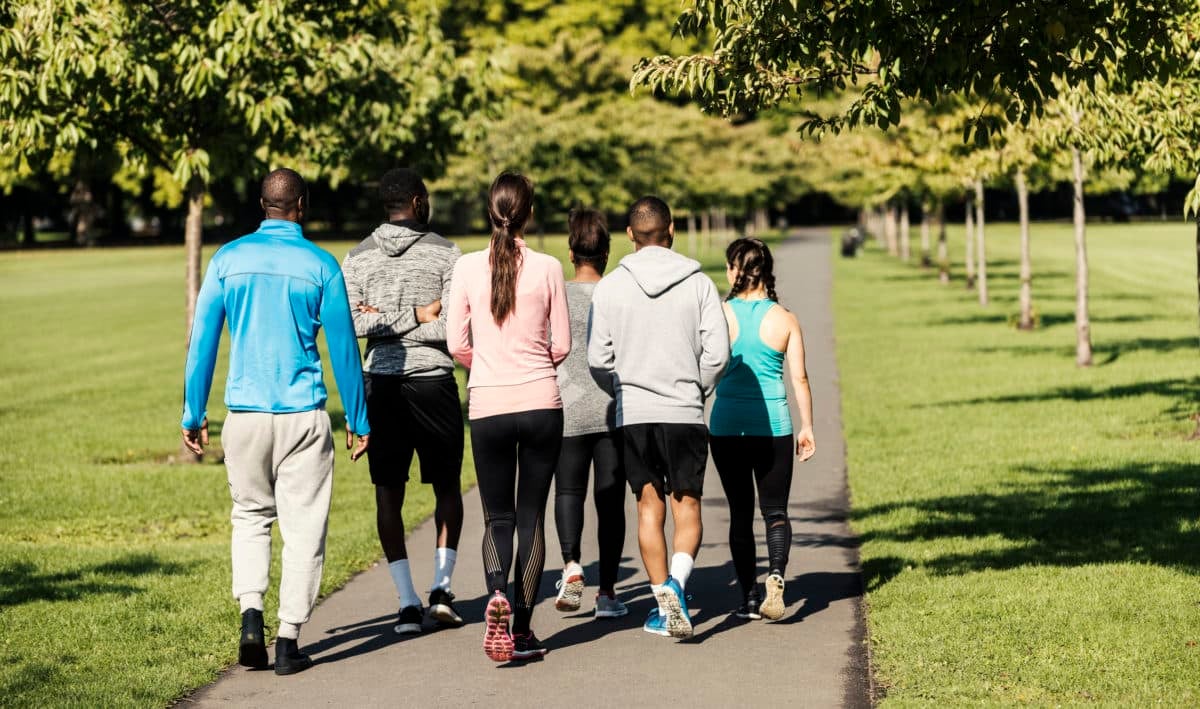 It’s free, it’s relatively easy and you can do it anytime, anywhere. Walking is pretty much the perfect exercise. If you want to stay happy and healthy for many years to come, adding a few regular strolls to your weekly routine is definitely a step (pun intended!) in the right direction. Here’s why:

It’s Good for Your Heart

Like most forms of aerobic exercise, walking can reduce your risk of diabetes and improve your blood pressure, weight, cholesterol, vascular stiffness and inflammation, and even mental stress, all of which can be a burden on the cardiovascular system. And, according to Harvard Health, walking can help reduce the risk of cardiovascular events for both men and women by 31 percent. Although those who walked longer distances at faster paces experienced the best protection, the benefits were still evident even for those walking just 5.5 miles per week at a comfortable two mile per hour pace.

It Can Help Keep Your Weight in Check

To lose weight, you must either increase your calorie burn through exercise or cut calories from your diet. As it turns out, walking just might help with both. According to the Calorie Control Council, a 150-pound person doing one hour of brisk walking burns about 270 calories. That number is closer to 360 for those in the 200-pound range. Considering you need to ditch about 3,500 calories to shed a pound, walking a few times every week is a great way to boost your burn. But walking doesn’t just help burn calories. Studies reveal that taking regular walks might have a positive impact on your diet as well. Research out of the University of Exeter revealed that a 15-minute walk can help cut chocolate snacking by half. Other research confirms that walking can reduce cravings and consumption of sugary snacks. Some speculate that this is because walking releases endorphins, the “feel good hormones,” which means the reward centers of the brain are satisfied–without all the sweet stuff. And walking might even be able to override some less favorable genetics: Harvard researchers who study the possible genetic components of obesity discovered that one hour of walking a day cuts the effects of 32 obesity-promoting genes in half.

It Can Strengthen Bones

Walking is great for your muscles–it engages your legs, core, arms and more. It also lubricates your knee and hip joints and strengthens surrounding muscles, which reduces the strain placed on your joints. But research suggests it has big benefits for your bones, too. According to a study published in the American Journal of Public Health, postmenopausal women who walked regularly had a 41 percent lower risk of suffering a hip fracture than those who didn’t. And men who walked four or more hours a week had a 43 percent lower risk than those who hit the pavement less than an hour each week.

It Can Ward Off Memory Loss and Mental Decline

It Can Help You Sleep Better

According to the National Sleep Council, engaging in just 10 minutes of regular aerobic exercise (like walking) can lead to dramatic improvements in the quality of your sleep. And there’s science to support that–a study from Seattle’s Fred Hutchinson Cancer Research Center revealed that women ages 50 to 75 who took regular hour-long walks in the morning were more likely to relieve insomnia than women who didn’t walk.

It Can Boost Your Mood

All forms of exercise release endorphins, the feel-good hormones. That’s probably why a California State University, Long Beach study found that the more steps people took during the day, the better their moods were. But the benefits go beyond a mood boost: According to a study published in the Archives of Internal Medicine, when people struggling with depression took a daily walk, they experienced an improvement in their symptoms equivalent to those who took medication for the disorder. And 60 to 70 percent of the strolling subjects could no longer even be classified as depressed. Even more impressive, a follow-up study found that the mood improvements from the walk hung around much longer than those brought on by medication.